Call 01642 613684
Sign in
Stores
Basket £0.00 0
inc vat ex vat
The UK's No.1 Independent Bed Retailer
01642 613684 Login / Sign up Search Basket 0
Menu
MenuX
Contact Us Login / Sign up
Next day delivery Mattresses & Beds Available Free UK delivery on Every Order* Custom Size Mattress & Bed Specialists
Our web site uses cookies so you can place orders and we can provide a better service. Continue to use the site as normal if you're happy with this, or find how to manage cookies. OK, got it
Home Page Sleep Advice Centre Memory Foam Explained
Paul Briggs author/paul-briggs 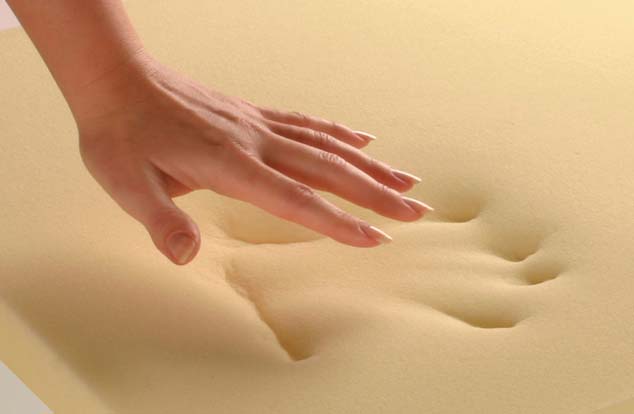 How was memory foam invented?

Believe it or not, memory foam was actually invented as far back as 1966 by Charles Anthony Yost, an aeronautical engineer who was working for NASA at the time. They were researching ways in which to improve survivability for commercial aircraft passengers, in the event of a crash landing. Having spent time developing ejection seating for military aircraft and Apollo spacecraft, he used his knowledge of how to offset force against the absorption level of the materials used. He invented what was then known as "slow spring back foam" or "temper foam" by feeding gas into a polymer matrix. The resulting foam has an open cell structure, allowing it to match the pressure placed against it - absorbing impact and causing you to sink into it slowly, whilst also being able to regain its shape once pressure is removed. It is this quality that makes it so valuable, as unlike other mattress fillings, it regains its shape and doesn't compress as a result of being used.

'Visco-elastic' is often used as an alternative name to memory foam, with the word 'viscoelasticy' meaning that a material is both viscous and elastic. Viscous materials (e.g. water) are not solid and take on the shape of solid materials which are placed against it. Elastic materials are able to return to their orginial shape after they've been stretched. The level of viscoelasticity is how much something can be 'liquid like' whilst still being able to return to its normal composition.

When this comes to memory foam pillows and mattresses, the level of viscoelasticity can be summed up as its level of quality. Yes, just like with all products...eventually a memory foam pillow will not function as well as it did when it was first purchased and the memory foam will become firmer and have less give.

How does memory foam work?

Memory Foam assists you in your sleep by moulding itself to your body using high-density, low-resilience polyurethane foam that reacts to your body heat. When the pressure (you body) is removed from the foam it will return to it's original shape almost instantly.

Memory foam is soft and yet supportive at the same time. This makes it great for all body types and people of